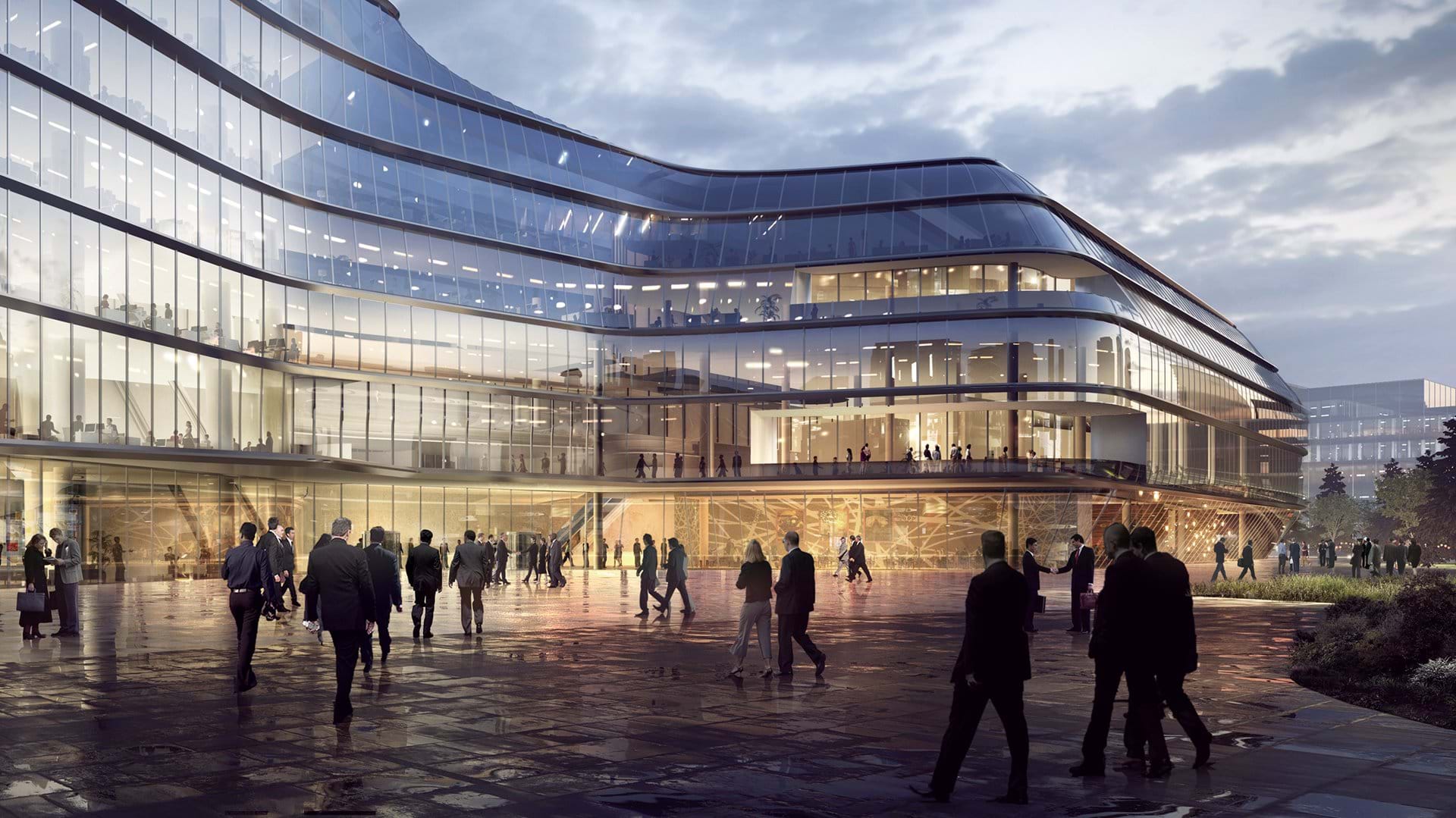 Posted at 16:15h in Uncategorized by Arne Hübner
Share

In 2010, a small Hungarian investor surprised the public with plans to convert a centrally located city quarter. Vacant and unused buildings were to disappear and to be replaced by a contemporary glass-steel complex designed by Foster and Partners. On the roof, a zeppelin-shaped restaurant would open.

The radical nature of this design disturbed the municipality and the monument protection service so much that, after a brief and heated discussion, it became clear that Sir Norman Foster’s style would not arrive at the city center of Budapest. Incidentally: in exactly the same place, today, the “Budapest Eye” turns for tourists, having absolutely nothing to do with its location historical surroundings.

A striking project for the new BudaPart district

Now, though, the high-tech style of Sir Norman Foster may still come to the Danube bank, in another location, thanks to another backer. At the beginning of October, MOL, the largest Hungarian company, announced its plans to erect by 2021 a 120-meter high tower designed by the British star architect. The oil and gas company’s new headquarters is part of the Danube’s new urban district BudaPart, which is already under construction.

Of course, the glass MOL tower with its 28 floors will be the most visible and striking element of the attractive area. The 30-meter high wing adjacent to the tower, called the Podium, will be open to the public and, at the same time ensure the urban transition to the other buildings in the BudaPart quarter. It is also advantageous that intact new districts already exist on the northern side of the area, like the Infopark and the Technical University campus.

Tram and bicycle parking for 2500 workers

Last year, the longest Budapest tram line, number 1, was led across the Danube (finally!) and is already opening up the area. However, the 2500 MOL employees will also have access to a 380-bicycle parking spaces (and 500 for cars), which represents one more element of the investor’s effort to provide not just a modern, but, above all, an environmentally friendly tower on the banks of the Danube. For that, Foster and Partners, in cooperation with the local office of FintaStudio, are a good choice, as many of the previous projects by the two offices have shown. Hopefully, their design – planned to take shape three kilometers away from the 60-meter-tall “Budapest Eye” – won’t be too radical this time for the local monument protection service.